Strona główna > Analizy i raporty > The explosion in Przewodów is a part of a conspiracy? Fake news! 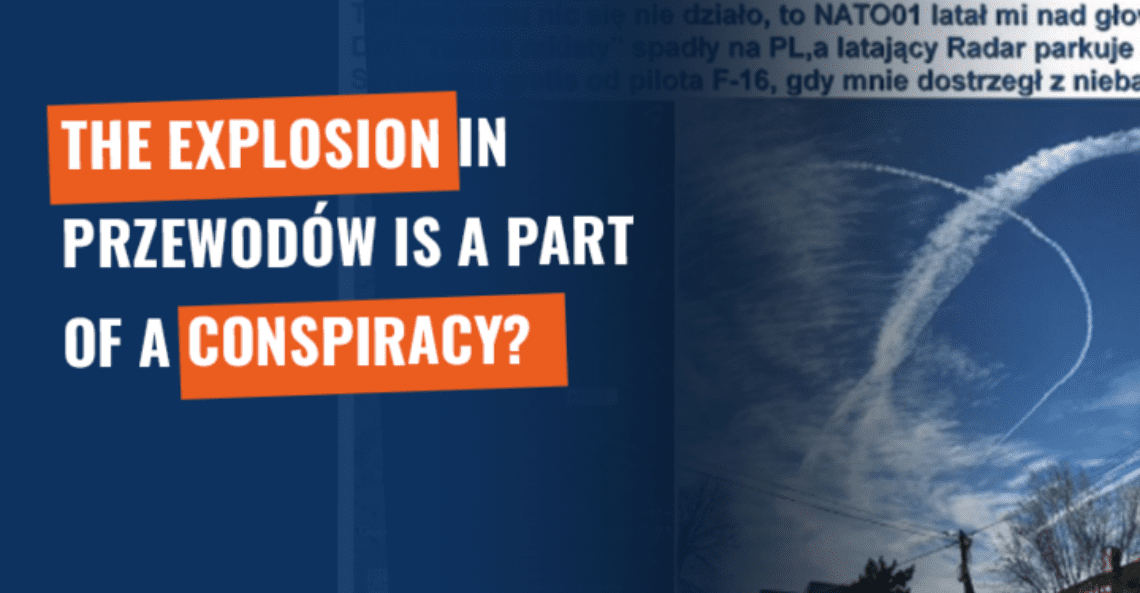 The explosion in Przewodów is a part of a conspiracy? Fake news!

The explosion of the missile in Przewodów caused a lot of anxiety on social media. In the initial times, it was difficult to verify information in which it was explained what had actually happened. The uncertainty allowed conspiracy theories to form, as exemplified by a post on the Stany.blog.pl profile.

The author of the post argues that the whole event is a conspiracy. This is allegedly evidenced by the small number of victims of the missile attacks on Kyiv, as well as the fact that the missile that exploded in Poland was not Russian. In addition, a reconnaissance plane was said to have disappeared from Polish airspace, which was to be a deliberate act to hide the real perpetrators of the explosion. The Przewodów incident is, according to the post, another evidence of an organized displacement action, and a step towards the introduction of totalitarianism in Poland. 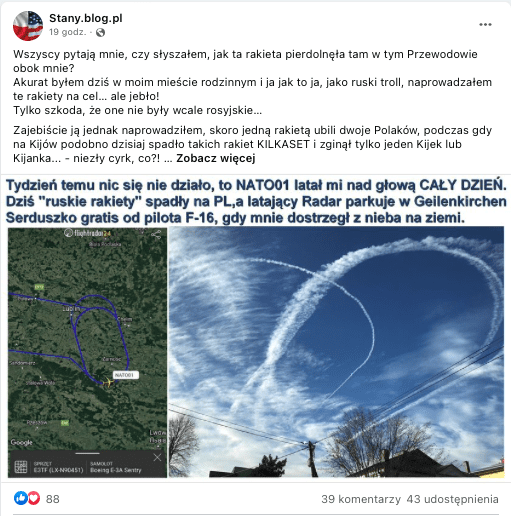 The missiles were not Russian? Polish government confirms – they are Soviet-made missiles

The post included information that the missiles that most likely exploded in Przewododów are not Russian: “I just happened to be in my hometown today and I, as I am a Russian troll, aimed these missiles on the target… but it hit fuc…g hard. It’s just a pity that they weren’t Russian at all…”

“At 15:40 near the village of Przewodów in the Hrubieszów district of the Lublin voivodeship, a Russian-made missile fell, resulting in the death of two citizens of the Republic of Poland.”

Announcement the Ministry of Foreign Affairs

Additional confirmation regarding the missile was also published by the President’s Office on Twitter. According to the announcement, the missile that killed two people in Przewodów was most likely a Russian-made S-300 missile. At the same time, President Andrzej Duda confirmed that there is no indication that this was an intentional attack on Poland, and that there are many indications that it was a Ukrainian air defense missile that unfortunately hit Polish territory.

The post also included the claim that the events in Przewodów could not be real. This was supposed to be proven by comparing the number of rockets that hit the Polish village and the Ukrainian capital with the number of casualties: “with one rocket they slaughtered two Poles, while Kyiv is said to have been hit by HUNDREDS of such rockets today and only one person was killed… – quite a circus, isn’t it?!”

News that several hundred rockets have recently fallen on Kyiv are false. According to the Ukrainian air force, during the latest attack, the Russians launched around 90 missiles across Ukraine.

Today, 🇷🇺 delivered a massive blow to 🇺🇦 energy. About 90 rockets were fired over the territory of Ukraine.
Air defense forces of Ukraine managed to shoot down 70 missiles.
Without electricity or without 🇷🇺?
Without 🇷🇺!

As reported by Reuters, rockets were to hit, among others, Kyiv, Lviv, Kharkiv and Rivne. As a result of the attack, at least one person was killed and more than a dozen towns were left without electricity. As the think thank Atlantic Council describes, further attacks by the Russian military are targeting civilian infrastructure providing water, electricity and heating. All of this could lead to a humanitarian catastrophe that will put tens of millions of people at risk.

Ukrainian civilians have been victims of Russian missile attacks for a long time. In June, about 30 people died after the shell hit a block of flats. The Russians have taken targets such as railway stations and hospitals. In total, more than 6,500 Ukrainian civilians have been killed since February 24, 2022, according to the Office of the United Nations High Commissioner for Human Rights (as of November 14, 2022).

F-16 planes did not take off? The President says air defense was mobilized

Another element of the conspiracy allegedly behind the explosion in Przewodów was false information about the take-off of combat planes: “And then I watched as F-16s took off over my home town, from a supposedly nearby airport (THERE IS NO such thing here!) and painted hearts in the sky, hoping that finally this provocation would get Poland into a military war as well.”

The information about the increased activity of Polish military equipment was given by President Andrzej Duda. During a meeting of the National Security Council, he announced that Polish aircraft had been sent to patrol the border (recording time 8:01):

“Yesterday evening and at night, we made a decision to strengthen the patrol forces protecting our border and our skies. We picked up aircraft yesterday. I also asked President Joe Biden for enhanced support of the United States Air Force.”

The President also calmed residents from the eastern areas of Poland, saying that the increased air traffic was due to the need to strengthen security and patrol the border. However, this is not intended, as the author of the post suggests, to draw Poland into the war.

The text of the post also suggests that the whole situation may be a provocation, as no NATO aircraft was in the vicinity during the incident: “As nothing has happened here over the last weeks and months, the NATO radar plane has been fuc…g flying over my head ALL DAY, all the time, above my house it always makes a turn, and now… as supposedly Russian missiles are fuc…g driving into NATO territory, the flying radar is quietly sitting in German Geilenkirchen, so that there is no evidence of what it was and and where it came from and where it fac..d.”

This claim is reflected by a screenshot from the FlightRadar24 app, which shows an aircraft with the registration number LX-N90451. It is one of the NATO units used to patrol the Alliance’s border to secure its airspace.

The post suggests that the reconnaissance aircraft was withdrawn just before the explosion at Przewodów. Meanwhile, as we can see from its flight history, it had not performed courses for almost two weeks.

The plane, which was carrying out its mission on the day of the explosion, had the number LX-N90446, and its flight did not cover the territory of Poland (but only Germany, the Czech Republic and Slovakia, as well as a few hours’ circulation over Romania).

This does not mean, however, that there was not a single NATO aircraft in Poland. Among others, a KC-135 Stratotanker aircraft performed its flight over the Polish southern border. In addition, one of the radars built as a part of the NATO Backbone early warning system operates in southern Poland. It is located in the village of Łabunie, a few dozen kilometres from Przewodów.

A Facebook post uses the Przewodów explosion incident to build conspiracy narratives. According to the author of the post, this is another element of the displacement action that has been taking place in Poland since the beginning of the war. In addition, petrol prices are expected to rise soon in Poland, and all of this will result in the introduction of a state of emergency through the “Protection of Civilians Act.”

The conviction that refugees arriving in Poland are part of a planned operation is a conspiracy theory that has been operating since the beginning of the war in Ukraine. Those who promote such claims say, for example, that Ukrainians will soon take over Polish property and replace Poles in their country.

In reality, Ukrainians came to Poland because of the ongoing war in their country, searching for a safe haven and peace. Refugees from Ukraine were not forced to come to Poland by decision of the authorities – as it would be in a case of resettlement.

Disinformation about high fuel prices appeared on social media some time ago. This caused panic and a massive buy-back of petrol, leading to shortages at some petrol stations. The post about the explosion in Przewodów again fits into this type of narrative.

Reports about the Civil Protection and State of Natural Disaster Bill were also used to spread negative emotions. The authors of the disinformation argued that the new law would take away Poles’ freedom and introduce totalitarianism to Poland. However, some of the controversial provisions cited by the authors of the misinformation had already been present in the counterpart of this law for many years.

Summary – let us not get caught by false messages

Posts such as the one described above seek to use sensationalist news to promote unverified information and false narratives. The belief that the incident in Przewodów shows the signs of a conspiracy can be used to promote claims of a displacement action or plans to introduce totalitarianism in Poland. In such cases, it is worth sticking to verified sources of information and official announcements. 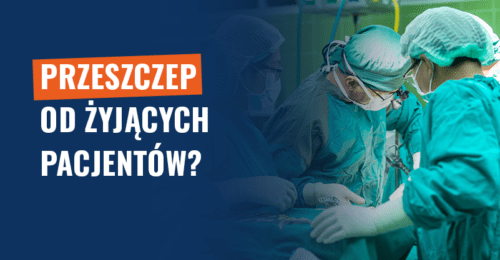 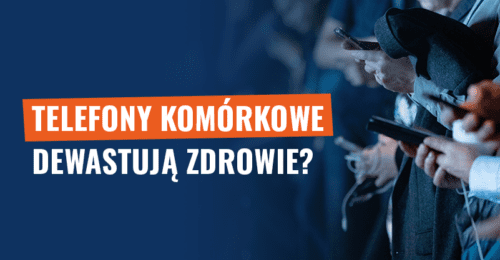 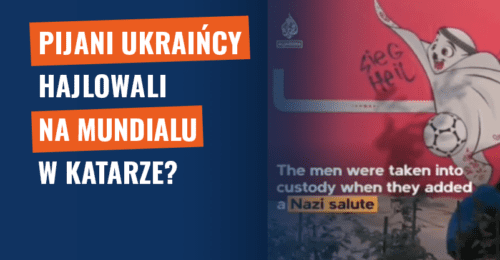